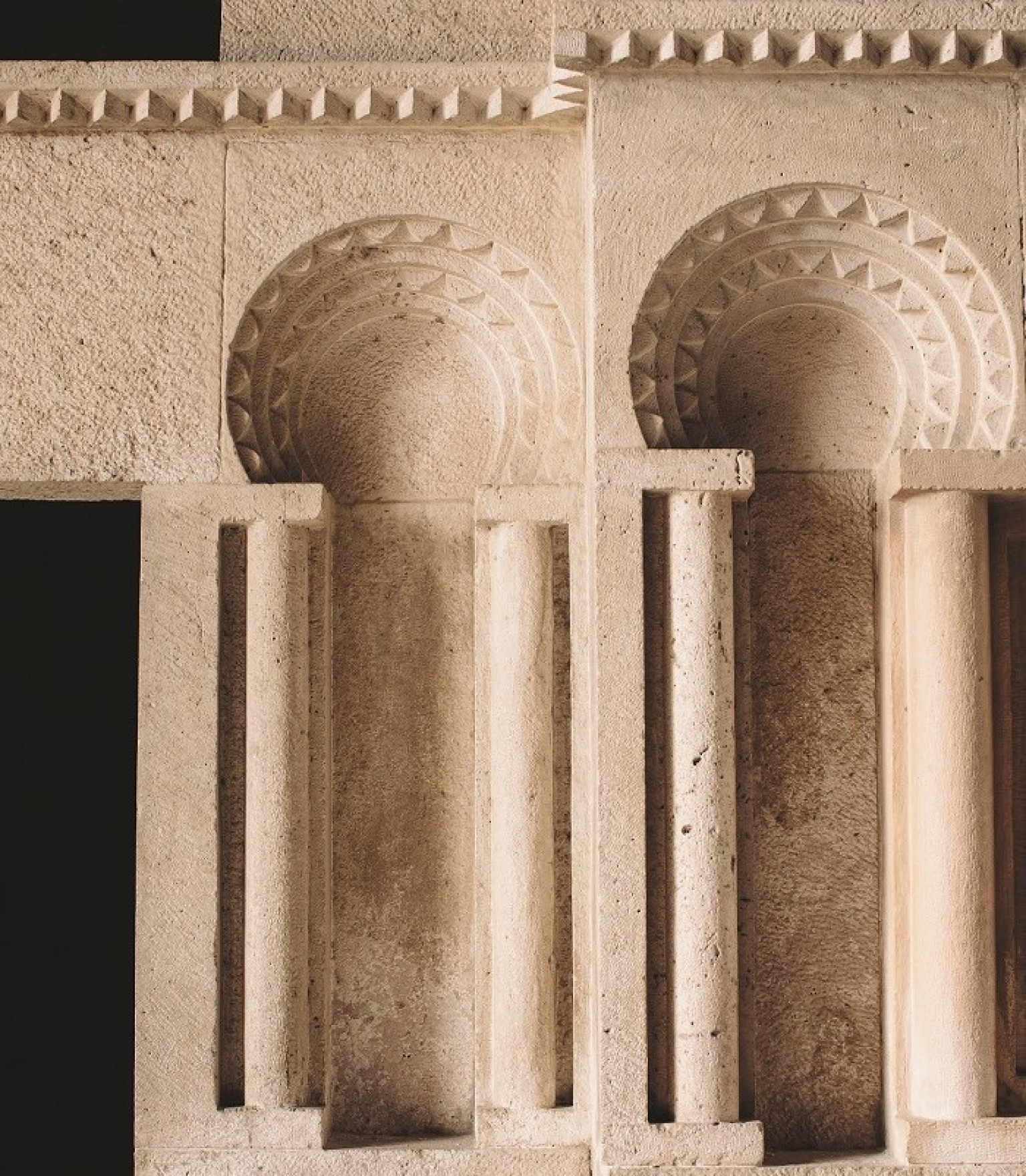 The domed entrance to Umayyad Palace within the Amman Citadel, one of the longest continually inhabited places on Earth.

With the lost city of Petra and the Roman ruins of Jerash so close by, it is tempting to picture Jordan’s capital as a land preserved in the past. But Amman has a way of blending ancient and modern, now more than ever. With Byzantine and Muslim archeological sites co-existing alongside contemporary architectural feats like the cable-stayed Wadi Abdoun Bridge, and bustling markets giving way to a new wave of top-tier hotels and restaurants fit for royalty (such as Jordan’s own King Abdullah II and Queen Rania), there’s never been a better time to witness the city’s past meet its future.

Award-winning Fakhreldin, serving Lebanese delicacies in the former home of Jordan’s first prime minister, has sated a spectrum of international palates, from Will Smith to Andrea Bocelli. Its kubbeh nayeh orfaliyeh (raw lamb with bulgur) is a local gourmet go-to. With authentic Jordanian hot and cold mezze on Rainbow Street, Sufra attracts royals and diplomats to its glass-walled back room, where bread is baked in an open-flame cauldron. At La Capitale, the Four Seasons Hotel Amman’s new French brasserie, chef Arthur Vonderheyden — trained by Joël Robuchon — conjures up his signature rotisserie chicken with jus, while guests sip cocktails from Jordan’s first seasonal farm-to-glass bar menu (try the martini with Jordanian olives and dill).

Jordan is a compact country, and setting up a day-long helicopter tour of Petra is as easy as a chauffeured road trip. The iconic 2,000-year-old city of the Nabatean kings caught the world’s attention in 1989’s Indiana Jones and the Last Crusade, which showcased its majestic rock tombs and towering sandstone canyons. In the vast, surreal desert of Wadi Rum, visitors can indulge their inner Lawrence of Arabia with camel trekking, jeep adventures and luxury dome tents (with king-sized beds and private showers) at Sun City Camp. For relaxation further afield — and a dip in the Dead Sea — there’s the Kempinski Hotel Ishtar, home to the Middle East’s largest spa.

In the prestigious, central Zahran district, upscale accommodations abound. The landmark Le Royal Amman, whose futuristic white facade features a colorful nightly light show, boasts two Royal Suites, each with its own 12-seat dining room, 24-hour butler service and private steam room. The Penthouse Suite of the Fairmont Amman, opened in late 2017, includes a private terrace, gym and cinema — at 3,412 square feet, it is said to be the largest suite in the city. Boutique properties by W and St. Regis are set to open in 2018.

Bespoke luxury tours put a fresh spin on Amman’s grand monuments and historical treasures. They are best experienced through the Jordan branch of Abercrombie & Kent, which can arrange private afternoon teas and cocktail receptions at the Citadel, the hilltop site of the ancient Temple of Hercules and the restored Umayyad Palace. Alternatively, soar above Amman’s 6,000-seat Roman theater and magnificent 20th-century mosques in a Jordanian air force helicopter. Other possible outings include: a private visit to the Royal Automobile Museum (keep an eye out for the rover used
in The Martian) or champagne breakfast at the Royal Stables, home to some of the most stunning Arabian horses in the world and overseen by HRH Princess Alia al Hussein. In Jerash (“The Pompeii of the Middle East”), about an hour away, Roman chariot races are reenacted in the epic Hippodrome against the backdrop of Hadrian’s Arch and the Oval Plaza’s Ionic columns.

This story was originally printed in issue 30 of Experience magazine published May, 2018.