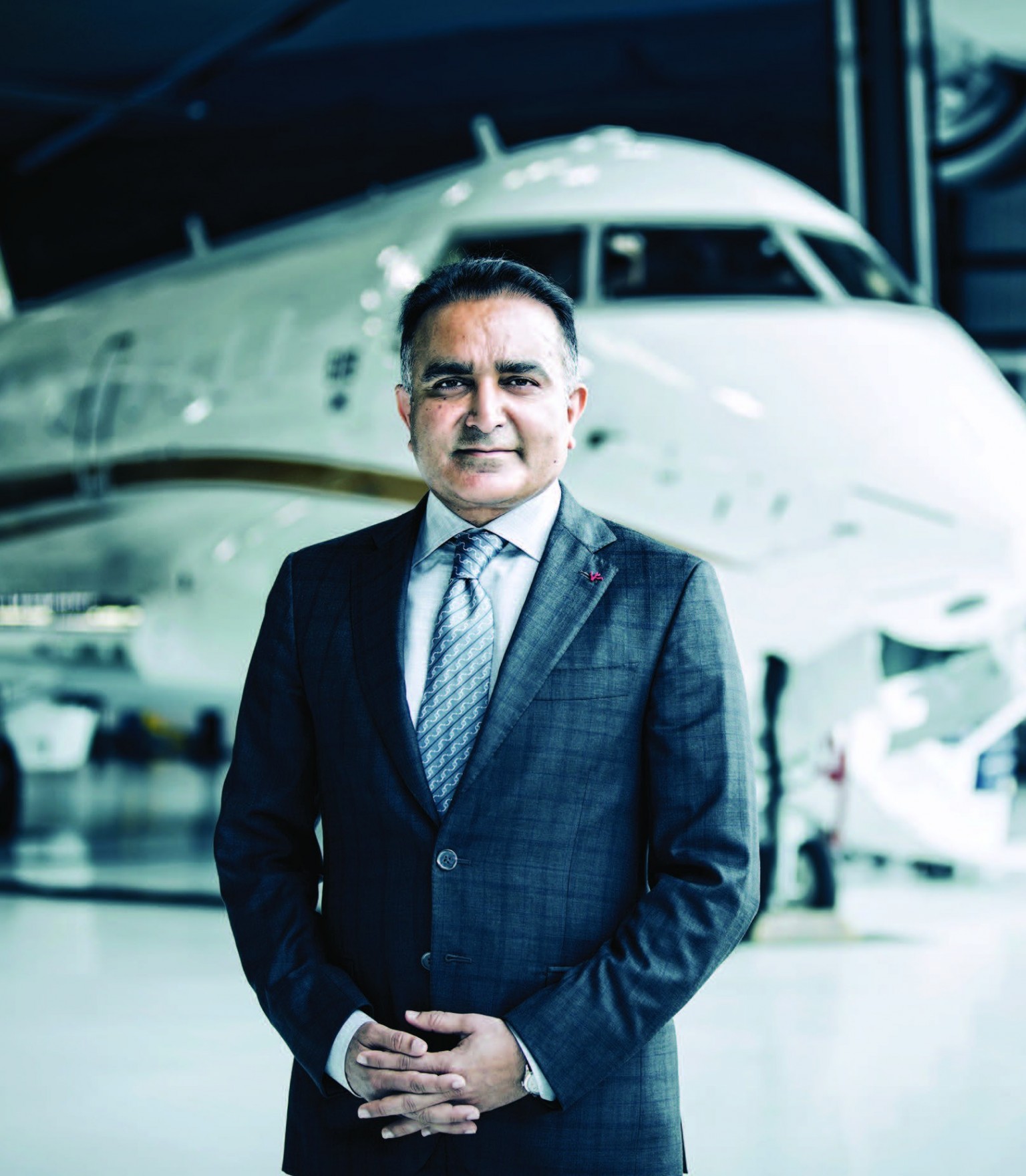 Gleaming from the back of the Bombardier hangar in Montreal, Zafar Sheikh’s shiny new Challenger 650 aircraft shows off its gold SPEC logo. A private jet habitué (this is his fifth), Sheikh has come to fetch his company aircraft in person and can barely wait for its maiden voyage—tomorrow he and his wife will be flying to Bucharest to pick up their five kids, to then jet off to Dubai all together for the weekend. “Then Tuesday I go to Pakistan for two days, and the following week I go to São Tomé, in Africa,” says Sheikh.

This aircraft will get a lot of use. Sheikh lives a truly international life. Born in Pakistan, he moved to the United States at 17 to study mechanical engineering in Kansas. Barely graduated, he was leading his first project in war-torn Bosnia. “I volunteered to go where nobody was willing to go—only an army plane would take me there. I got to successfully complete a huge project at the age of 24.”

That experience gave him the confidence to launch his own business. SPEC began 19 years ago in Houston, Texas, but now comprises manufacturing facilities everywhere from Nigeria to Iraq to Kurdistan to Pakistan, and turnkey projects spanning the globe from China to Bangladesh. In short, SPEC is a multitiered company in the engineering, procurement and construction sector that started as a manufacturer of equipment for the oil and gas industry—but quickly became much more. Sheikh’s latest project, for example, is the construction of his own $1.5 billion refinery in São Tomé. The company has a staff of thousands, including 2,000 permanent engineers. By his own admission, Sheikh thinks about little else, and reinvests most of his profits into SPEC’s seemingly endless expansion.

“I’m not really a businessman,” he says, despite all of this. “I’m more of an engineer.” Sheikh built his company on his technical knowledge and remains active on every job site. He’s constantly on the move. “That’s what the Challenger aircraft enables,” he says. “With its nine-hour range, it allows me to go from Europe to Pakistan in a single shot. I go to areas that are very remote; for example, I did a project in Guinea, in Africa, where there’s no direct flight, and only a couple of flights a week. I’d have to wait three days at the job site before I could come back if I flew commercial. With our own plane, we can go in the morning, work, and be home by evening.”

The kind of growth SPEC has known requires peerless dedication and constant presence, but for the Sheikhs that has never represented a sacrifice where family life is concerned. Sheikh’s wife is also an engineer and accompanies him on most trips. Only school keeps the children in one place most of the time; otherwise they’re on board, exploring new destinations every weekend, all summer and throughout even the shortest holidays. “I was asking my daughter where she would want to live, and she says she doesn’t think she could live in one country. They’ve gotten so used to their international life.”

Family dynamics were a big part of how Sheikh chose to personalize his Challenger 650 jet. He opted for wider seats with lots of legroom in the front of the compartment (his wife and he always sit facing each other) and a smaller bathroom to add an extra feeling of space in the cabin. He dispensed with the storage boxes to allow for fully reclinable seats—his preferred activity in the air is either conversation or sleep. “I don’t read; I’m a numbers guy. Anything over three lines, you’ve lost me!”

On about a quarter of Sheikh’s flights, his entourage becomes business colleagues. When that happens, it’s conference seating to ensure the strategies for the day are set before landing. And every now and again, he’ll be accompanied by the head of a bank or an oil company. “That’s the only time I feel I need to offer the VIP services on board, with a hostess. Otherwise, everyone serves themselves.”

It’s ironic that someone who spends so much of his life in the air has his feet so firmly planted on the ground. Sheikh’s business decisions are led by a passion to build, to make things out of nothing in countries other entrepreneurs might ignore. “It’s about achievement,” he says. “I always tell my kids, it doesn’t matter how much money you have. You don’t need much to live.”