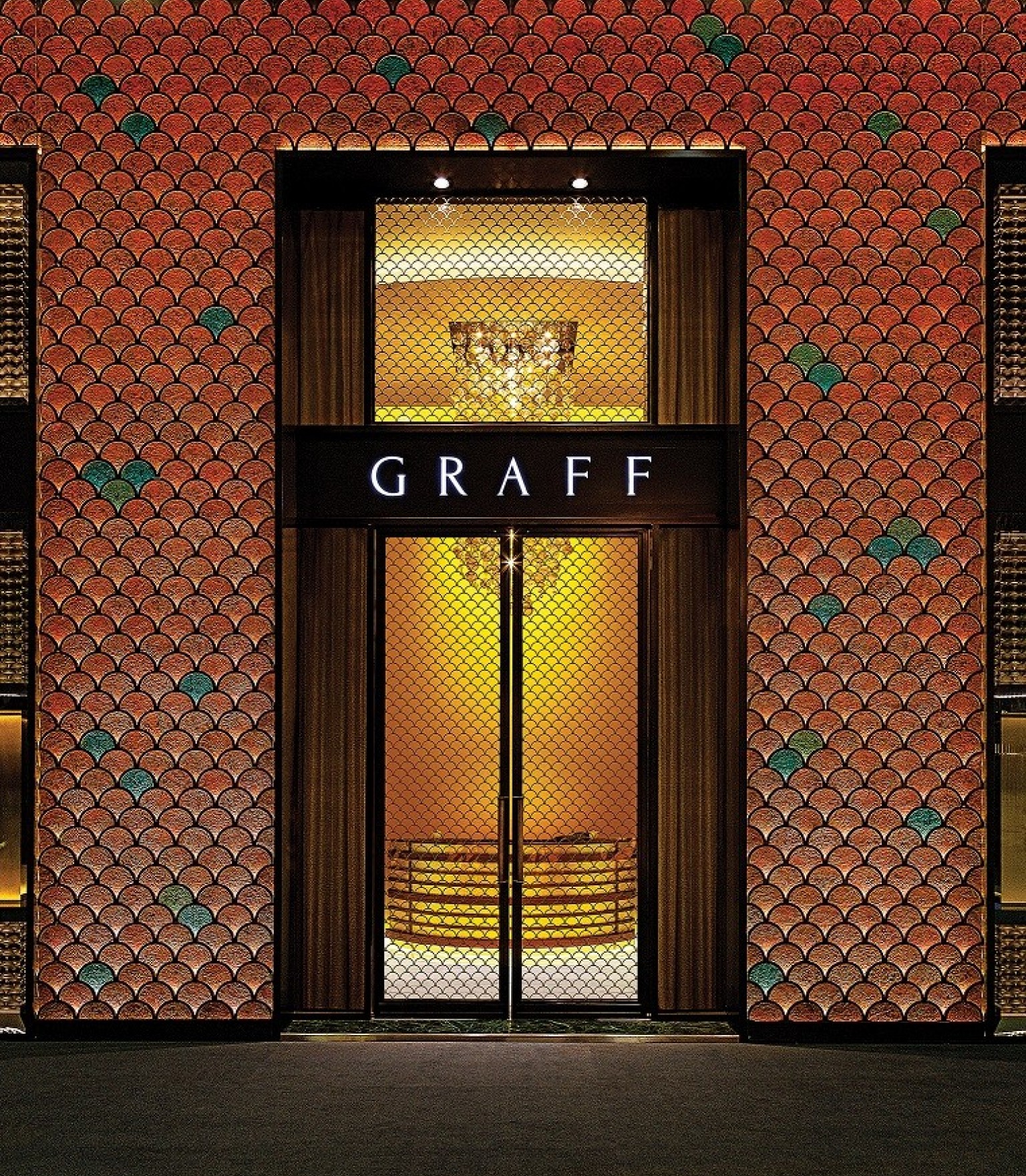 The Lesedi La Rona is the world’s most valuable rough diamond, weighing a record-and wrist-breaking 1,109 carats. It is also the largest gem-quality rough diamond unearthed in over a century, and is estimated to be around three billion years old. It looks good for its age: According to preliminary assessments, it may supply D color, Type IIa diamonds—the purest grade of all. Beyond the Lesedi La Rona’s remarkable size and rarity is the story of its acquisition, which took over a year of negotiations, successfully concluding on a handshake.

At the Graff atelier in London, Workshop Director Raymond Graff shares this miraculous lesson in the art, history and science behind the world’s most precious gemstones. “Want to see?” he offers, his eyes sparkling. Time stands still. The next best thing to holding the Lesedi La Rona itself is clutching its resin replica, which occupies the entire palm of my hand. As it happens, the purchase of the Lesedi La Rona followed Graff’s earlier acquisition of a 373-carat diamond from the same rough. This one is about the size of a kumquat. I hold them nestled together, and my mind journeys to what will become of these remarkable stones. As I am to learn, this is the magic of Graff: With true reverence, Graff’s artisans listen for the story within each gem, letting it reveal its ultimate jeweled form.

In a given year, the Graff atelier will produce jewelry for an astonishing 60 stores worldwide. Some items fetch millions, others tens of millions. Notable pieces include the famed Peacock Brooch, valued at $100 million and listed among the most expensive items of jewelry in the world. And while these jewels adorn the most notable individuals in recent history, behind this remarkable output lies an atelier of unparalleled passion, artistry and family.

Hailed as the King of Diamonds, Laurence Graff is one of the world’s most important diamantaires. He began his career while still a teenager as a jeweler’s apprentice in Hatton Garden, and then moved into designing, making and selling his own pieces, which quickly became coveted. By the age of 24, he had opened two London boutiques of his own. Today, he helms the Graff empire with his brother Raymond, his son Francois, who works as CEO, and his nephew Elliot, who directs merchandising.

Passion and perfectionism drive Laurence Graff and his business in equal measure, but he is also part provocateur. Not only was he a forerunner in bringing contemporary haute jewelry design to the market, he is also known to be so unwavering in his determination for flawlessness that he will sacrifice size, cutting already incomparable stones down in the name of perfection.

This factory of flawlessness lives quietly beneath a row of white townhouses in London’s Mayfair. As Raymond Graff leads me through the labyrinth-like workshop, I see piles of diamonds glittering around us. Like the most expensive candy store imaginable, precious stones in every color of the rainbow are piled neatly everywhere I look.

We begin in the design room on the main floor. Designers quietly sketch drawings, with jewels at their side. Graff’s operations are vertically integrated, from its mines to its stores, and this moment seems especially so, as ideas iterate on paper next to their real-life form. I stop to gaze at one breathtaking piece. A stone of tourmaline the size of a walnut has been exquisitely carved and set, surrounded by a pillow of diamonds. The setting seamlessly converts from ring, to pendant to brooch, perfect for the demands of both a diverse agenda and an indecisive wearer.

Raymond Graff tells me how the atelier’s creative process is committed to sourcing only the finest stones in the world and letting them act as the first point of inspiration for design. Newly debuted is a collection inspired by 20th-century art, Laurence Graff’s avid collecting, and the modern swirly scribbles of Cy Twombly. A recent acquisition of a bulk lot of heart-shaped diamonds birthed a swoon-worthy upcoming collection, the Queen of Hearts, featuring, among other stunning pieces, a necklace made of interlocking heart shapes. As he points to renderings on the wall, I imagine I must look like a heart-eyed emoji.

As we descend into the workshop, it becomes apparent that not only do Graff’s jewels sparkle with extraordinary brilliance, so do its people. “We began here 60 years ago, and we still have that same passion today,” beams Raymond Graff. “Pride in what we do is everything. We put love into every piece.”

Copies of the drawings from the design room are taken down to the workshop, where they act as a map for the craftspeople tasked with setting the stones. The Graff production workshop is comprised of distinct rooms, each with its own mission and team armed with a unique set of skills and tools to expertly process the gems, and bring the initial sketches to life. In the diamond mounting room, metal takes form. Craftspeople smash, hammer and stretch the metal into the shape of the original drawing, forming the mount. The contradiction between process and product is absolute: What starts with the heavy pounding of metal culminates in the finest, most delicate jewelry in the world. Next, in the tooling room, antique tools support heavier metal shaping and wire-drawing. This respect for and inclusion of tradition is apparent throughout the atelier—everything appears to be treated as sacred.

Tradition is a hallmark of the Graff production process. In the gentle hum of these rooms, grandfather craftsmen work alongside their children and grandchildren, passing down what has become an almost tribal knowledge, as precious as the gemstones with which they work. Graff has apprenticeship programs to develop its talent pipeline and support the incomparable expertise its products demand. Raymond Graff stops to point out a gecko brooch under the care of an apprentice at work, its entire body articulating like a living gecko clad in a diamond encrusted tuxedo with emerald eyes. He holds it up to my shoulder, as though it has leapt from a magical tree. “I’d like to see this worn on the shoulder for the evening,” he muses.

In the setting room, a cooker melts away the cement used to set diamonds and gems at the end of the process. It is here that I learn Graff distills its own water. There is purity at every possible point in the process.

The technology room merges the future with tradition. Every gem is engraved with the Graff logo by laser. I marvel as a technician works on a stone, and as the laser etches the letters G-R-A-F-F, we watch the process on a screen. “How big is it?” I ask. “Three carats,” the technician responds. “Only three carats!” Raymond Graff scoffs, smiling. In this room computer-aided design systems produce 3-D printed models of even the most intricate pieces, allowing designers to test and validate their work prior to production—a kind of jewelry test kitchen. Many of the designs I have just seen live here in rainbow colors of plastic, their detail still every bit as astounding as it might be in crayon, metal or stone.

Another remarkable sight is the presence of an onsite hallmarking facility. This partnership was the constructive solution to a cumbersome step in Graff’s supply chain due to hallmarking requirements in the United Kingdom. To streamline, Graff opened its doors and integrated further, partnering with and opening an onsite Goldsmiths’ Company Assay Office for the hallmarking of precious metals.

In the final room, the polishing room, a 17-year-old apprentice is starting his first day at Graff. He is the son of a seasoned employee. When asked if he is enjoying the work, he nods quietly and enthusiastically. It is here that final pieces must be fully polished and made to shine. With laser-sharp focus and gentle precision, the apprentice polishes a diamond ring, a process that requires multiple stages and compounds. A single piece can be polished a hundred times before it is ready to be unveiled.

As the doors behind me close, I don’t want the experience to be over. I close my eyes, and see diamonds. To tour the Graff atelier is to witness the marriage of tradition and innovation, a quest for perfection fueled by a passion as profound as the depths from which the diamonds are born. And maybe that’s the secret: Perhaps these gems shine so brightly because they are loved so deeply.